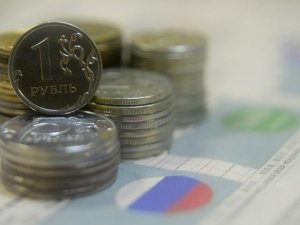 Russia's proved oil reserves are expected to run out in 28 years, while economy is still dependent on oil exports

The Russian economy’s dependence on oil exports could become a bigger problem in the coming years with the prospect of oil depletion by 2044, the country’s minister for natural announced.

"Proved oil reserves in Russia are expected to run out in 28 years, Russian Minister of Natural Resources and Environment," Sergei Donskoi said in an interview with the Russian Rossiyskaya Gazeta newspaper last week.

The minister stressed that Russia’s proven oil of around 14 million tonnes will last for just 28 years, given the current production levels of the country.

Consequently, Russia’s problem with the “Dutch Disease” - a negative impact on an economy of anything that gives rise to a sharp inflow of foreign currency, such as the discovery of large oil reserves - is one for many resource-rich countries in the world. This problem could be more of an issue in the future as the country still lacks the necessary economic reforms to diversify its revenues from oil exports.

“The situation with Russian oil and gas at the moment is satisfactory,” Valery Nesterov, oil and gas analyst at Sberbank CIB told Anadolu Agency.

He added that although Russia faced a difficult period 15 to 20 years ago in terms of oil reserves, in recent years, the growth of reserves did not make up for the cost of production

“For example, last year, this excess amounted to 140 percent,” he said.

Russian Deputy Minister for Energy Alexey Teksler said in January that the cost of oil production in Russia amounted to $3-6 per barrel and up to $15-16 taking transportation and drilling costs into account.

Highlighting that Russia’s dependence on oil exports is “exaggerated,” Nesterov said that while exports make up for 40 percent of Russia's revenues, this could drop to 33 percent in the future.

“The Russian Energy Strategy stipulates that production will be 500-540 tons annually over the next 20 years, which will of course fluctuate in time,” the expert said.

Nesterov also pointed out that the Russian Minister of Natural Resources and Environment Donskoi’s statements could be interpreted in the context of lobbying for the interests of the Russian oil industry.

“The minister does not want to have declining investment in exploration. In the past year, for example, there was a decrease of 15 percent. Perhaps this year because of the crisis, investment will fall by another 10 percent. Therefore it is necessary to put pressure on the government so exploration work does not stop,” he said.

Russia’s economy has been hit hard since the drop in oil prices. The country relies on oil and gas exports for nearly 60 percent of its revenues.

However, oil prices have lost more than 60 percent in value since the June 2014 peak and the country has developed various plans to cut its annual budget.

Vitaly Kazakov, director of Masters in Energy Economics at Moscow-based New Economic School, said that the discourse that the world was running out of oil was not something new.

Asserting that the world is not actually running out of oil, the expert said it is now up to the market to discover the price that makes extraction of the marginal barrels economic.

In response to how the Russian economy will adapt to the new era of low oil prices, Kazakov said Russia was not the first country suffering from the Dutch disease.

“Once resources are the most profitable business, everything is centered on resources. But it is known from Adam Smith's time [known as Father of Economics, lived during 18th century] that any country always has a comparative advantage somewhere,” the expert said.

He stressed that over the coming decades, oil will see some very serious competition in renewable energy sources.

“While in Russia the official line of thinking is that oil price needs to be higher to prevent an oil production decline, in reality oil production may decline as oil will be replaced by alternative energy sources that finally, after many years of research and development, have become cost competitive,” he added.

“By 2020, the amount of global electricity generation derived from renewable energy will be higher than today’s combined electricity demand of China, India and Brazil,” the agency said.

This news is a total 8033 time has been read
Tags: Russian economy's 'Dutch disease' under spotlight again, Turkish, Maritime