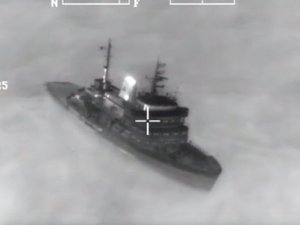 A Russian icebreaking vessel with 33 people on board made a Mayday call during a storm off the coast of western Norway on Tuesday but Russian authorities said the distress signal had been issued by accident.

The Norwegian Joint Rescue Coordination Centre, which initially reported the call from the ship located about 22 km off the town of Aalesund, said its operation had been called off after the vessel regained engine power.

Russia’s sea and river transport agency said the ship had issued the Mayday call by accident and it was not in distress, TASS news agency reported. 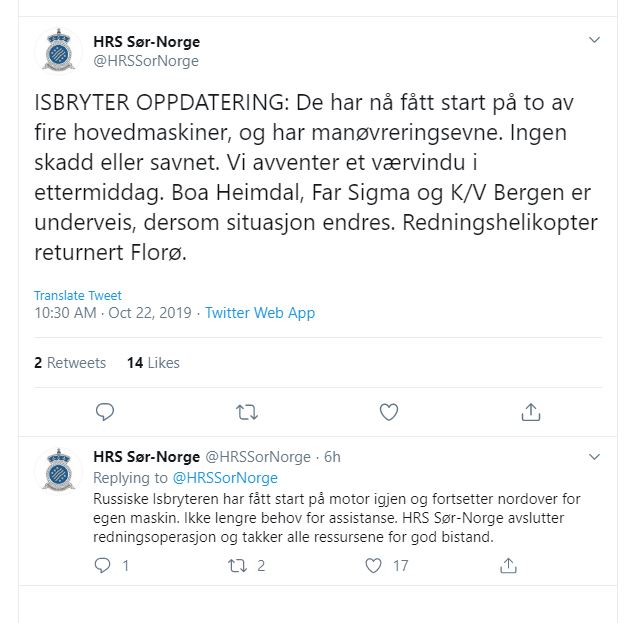 “There are no problems, the icebreaker is fine, the crew is safe. The distress signal was sent accidentally during an outage on some equipment during the storm,” the Russian Federal Agency for Maritime and River Transportation was quoted as saying.
The vessel had originally reported that it lost power on all four engines and was adrift in the storm, the Norwegian rescue service said.
Two tugboats and a Norwegian coastguard vessel were initially on their way to the scene, but were called off, a rescue service spokeswoman said.

A screengrab from a video shows a Russian icebreaking vessel with 33 people on board, which made a Mayday call during a storm off the coast near Aalesund, Norway, October 22, 2019. Joint Rescue Coordination Centre (Hovedredningssentralen)/NTB Scanpix via REUTERS