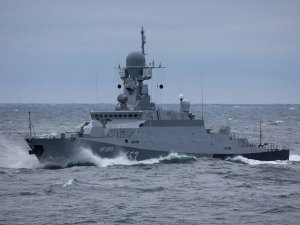 "No failures in the operation of the shipborne weapons were revealed during the trials," the press office added.

Work was carried out to check the operation of the powerplant, steering gear, auxiliary mechanisms, communication and navigation means and other shipborne systems, as well as seaworthiness, controllability, stability and stopping capabilities in various modes.

The Buyan-M weapon system consists of a single A-190 100mm cannon, two AK-630M anti-aircraft guns, eight Club-S Kalibr anti-ship missiles, and four Igla-1M SAMs mounted on a 3M47 Gibka launcher. Besides, these vessels are equipped with a variety of 14.5mm and 7.62mm machine guns.