Russian Navy to Get Two Subs 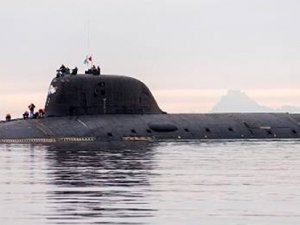 In recent years, Russia has been putting many efforts in building a modern-day nuclear submarine fleet.

"The first improved Project 955-A submarine and the Yasen-M will be floated out within the time limits stipulated by the contract," the vice-admiral said.

Three submarines of this class have already been delivered to the Navy, according to Sputnik.

Yasen-class project 885 submarines, designed by St. Petersburg's Malachite mechanical engineering bureau, are Russia's newest class of submarines, while the Borei-class nuclear-powered subs are to become the mainstay of the naval component of the country’s strategic nuclear deterrent.

Meanwhile the eighth Borei-class (project 955) submarine was laid down at the Sevmash shipyard.

The new missile-carrying strategic submarine was named the Knyaz Pozharsky. It is expected to be the last in a series of eight Borei-class submarines for the Russian Navy.

This news is a total 1005 time has been read
Tags: Russian Navy to Get Two Subs