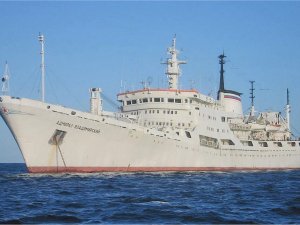 The Admiral Vladimirsky ocean survey vessel has arrived in the assigned area of the Baltic Sea to test its hydrographic equipment and propulsion system, the Russian Defense Ministry’s press office said.

The trials are being held after the repair of the ship at the Kronstadt Shipyard in northwest Russia to prepare it for an Antarctic expedition, the press office added.

"Work to prepare for the expedition dedicated to the 200th anniversary of the discovery of Antarctica and the 250th anniversary of the first round-the-world cruise performed by Ivan Krusenstern is being supervised by Russian Navy Commander-in-Chief Admiral Nikolai Yevmenov," the press office said.

All of the vessel’s systems and mechanisms, including its engine package, life support, communication and navigation systems, and radio technical and hydrographic survey equipment, underwent planned repair.

Technical assistance and work on the design documentation for the repair of the Admiral Vladimirsky were carried out by the 51st Central Design and Technological Institute of Ship Repair.