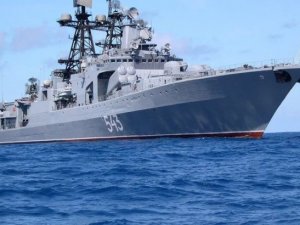 Krivoruchko made this statement after his visit to enterprises of the Far Eastern shipbuilding cluster.

According to Krivoruchko, the nuclear-powered submarine Irkutsk currently being upgraded to the Project 949AM level by the Zvezda Shipyard in Russia’s Far East will have the same capabilities. The submarine is planned to be delivered to the Pacific Fleet in 2022, he added.