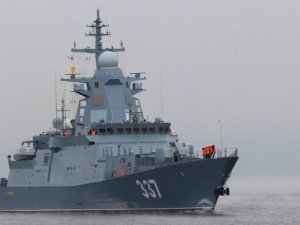 The ship being escorted by the Pamir rescue tugboat left the Northern Fleet’s main base, went to the Barents Sea and headed for the Baltic Fleet, the press office added.

“The Gremyashchy corvette started to undergo trials with the Northern Fleet on November 13, 2019,” the press office said.

In the Barents Sea, the corvette fired A-190 and AK-630 guns at notional aerial targets. Then, it launched torpedoes against underwater and surface targets with the use of advanced naval weapons.

At the final stage of the trials, the crew practiced damage control and towing operations.

This news is a total 743 time has been read
Tags: Corvette, Project 20385, Russia, Russian Navy, TASS