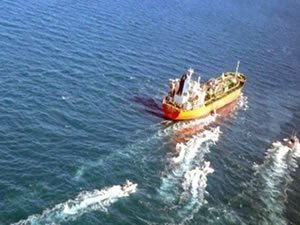 Vice Foreign Minister Choi Jong-kun, who was previously scheduled to visit Tehran this coming weekend, is among the participants.

The government of South Korea has dispatched diplomats to Tehran to negotiate the release of a product tanker that Iranian forces seized earlier this week. Vice Foreign Minister Choi Jong-kun, who was previously scheduled to visit Tehran this coming weekend, is among the participants.

Seoul holds about $7 billion in frozen funds from the Central Bank of Iran, which were seized after the imposition of U.S. sanctions in 2018. Iran has described the tanker's seizure as an enforcement action to prevent environmental pollution, but analysts suggest that the tanker's seizure is part of Tehran's campaign to compel the return of the frozen funds. The vessel's owner has reported that the boarding team was composed of armed Islamic Revolutionary Guard Corps (IRGC) personnel - not law enforcement.

The South Korean government has declined to comment on this potential motivation. It is currently investigating whether the tanker - the Hankuk Chemi - may have violated any environmental regulations, as Iran alleges. It is also investigating whether Iran acted in violation of international law by boarding and seizing the vessel in the Strait of Hormuz.

South Korea has also deployed a destroyer, the Choi Young, to the Strait. Its mission is to provide presence and "ensure the safety of our nationals," said a spokesperson for the South Korean foreign ministry on Tuesday.

The seizure also been interpreted as a message to America's allies. Reflecting the elevated threat level, Japan's ministry of transport has cautioned Japanese shipping interests to exercise caution in the Gulf of Oman and the Strait of Hormuz.