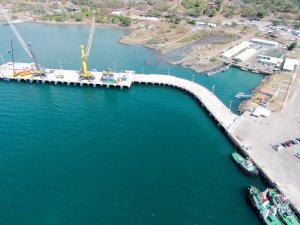 The acquisition agreement for the concessions was signed with Colombia’s Sociedad Portuaria Regional de Buenaventura (spbrun) in September 2016 and now the company has received the approval for the deal from local regulatory authorities.

The operation involved a disbursement of USD 48.5 million for the mentioned percentage of the share capital of both companies, which jointly reported revenues for USD 55.5 million in 2016, according to SAAM.

“The acquisition of 51% of Puerto Caldera allows us to grow in a country where we have had good results, through a well-managed company to which we can add value, and at the same time, allows us to join efforts with knowledgeable and experienced partners,” Macario Valdés, SAAM’s CEO, said.

This news is a total 878 time has been read
Tags: SAAM Gets Nod for Costa Rica Port Concessions