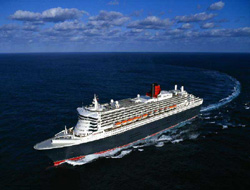 European Union lawmakers approved a series of proposals on Wednesday to strengthen shipping safety and prevent oil spills but the package still faces tough negotiations with the bloc's governments.

European Union lawmakers approved a series of proposals on Wednesday to strengthen shipping safety and prevent oil spills but the package still faces tough negotiations with the bloc's governments.

The European Parliament's package will clearly define tougher duties for states under whose flags ships operate and will clarify vessel owners' liability and insurance obligations.

The proposed rules would also introduce a stricter ship inspection regime and create 'places of refuge' at ports or bays for ships in distress which would be overseen by independent authorities in each country.

The measures are dubbed the 'Erika III' package after a tanker which sank off the coast of France in 1999, spilling its cargo of oil.

'In the aftermath of the accident with the Erika and the Prestige, we finally have succeeded in developing a quick and efficient system for giving assistance to ships in difficulty near our coasts,' Belgian lawmaker Dirk Sterckx said after the vote.

The Prestige tanker sank off the Galician coast of Spain in 2002 causing a major oil slick.

The package would also make insurance compulsory -- some 5 percent of EU shipping is uninsured -- and allow compensation for passenger injury or loss of baggage in line with other forms of transport.
But some EU countries oppose creating a refuge for ships in distress, fearing this would expose their ports to financial and environmental risk.

Some governments are also reluctant to accept new EU rules on flag states' obligations and on the civil liability of those responsible for environmental disasters, preferring laws to be enforced at a national level.

EU transport ministers are scheduled to debate the proposals in October and further negotiations with the parliament are likely before the final shape of the legislation emerges.

This news is a total 1187 time has been read