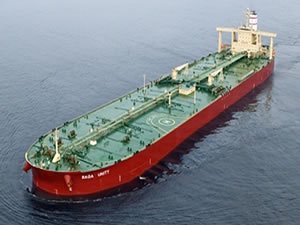 Oslo-listed Saga Tankers has announced a strategy to diversify its business into renewable energy investments and has changed its name to Saga Pure.

Saga has a strategy of actively working with its investments in both listed and private entities with a significant value creation potential, and will leverage on the deal flow, resources and capabilities in our network,” said Martin Nes, chairman of Saga.

As part of the renewable energy strategy, the company has entered into agreements to divest non-core assets. The company has also appointed Bjorn Simonsen as chief executive officer effective from December 1, with current CEO Espen Lundaas serving as chief financial officer from the same date.

Simonsen comes from a management position in Nel. Additionally, Saga announced an initial investment under its new strategy with a NOK55m ($5.88m) investment in green hydrogen fuel company Everfuel.

This news is a total 2198 time has been read
Tags: Saga Tankers , rebrands and diversifies, renewable energy