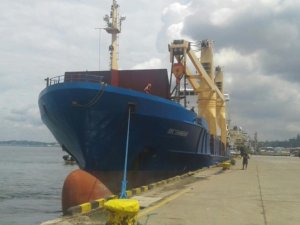 The general cargo ship BBC Shanghai arrived at the port of East London’s dock earlier today after it suffered an engine breakdown off the eastern coast of South Africa, according to the South African Maritime Safety Authority (SAMSA).

Following the issue, which occurred on March 15, the vessel was at risk of aground off the coast of Port St Johns therefore the Transnet National Ports Authority (TNPA) deployed its Shasa tug to assist the ship.

The tug hooked up with the 2001-built BBC Shanghai shortly after 8 pm local time on Thursday off Mbashe Point and towed the stricken vessel to the port of East London.

At the time of the incident the 4,900 dwt cargo ship was on its way from the South African port of Durban to the port of Lagos in Nigeria, where it was scheduled to arrive in late March, AIS data provided by MarineTraffic shows.

Captain Daron Burgess, technical manager for SAMSA’s southern region in Port Elizabeth, earlier said that the authorities were trying to prevent the vessel from running aground, keeping the safety of the crew and pollution of the environment in mind.

This news is a total 1017 time has been read
Tags: SAMSA: Stricken BBC Shanghai Towed to Dock