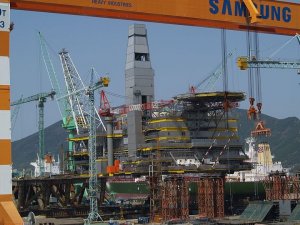 The Aframax ships will be built for an unnamed European shipowner, SHI said in a stock exchange filing on December 2.

As informed, the ice-class newbuilds are expected to be delivered by March 31, 2022.

The shipbuilder completed the world’s first bidirectional icebreaking tanker in 2005 and built a drillship designed for the Arctic region in 2008.

The latest order helped SHI reach 91 percent of its annual order target of USD 7.8 billion as it won USD 7.1 billion worth of orders so far this year.

This news is a total 659 time has been read
Tags: Ice-Class, Samsung Heavy Industries, Tanker