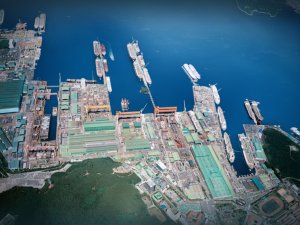 However, the shipbuilder’s order intake was pretty strong at the end of the financial year, the most recent order being the deal for construction of Kogas LNG carriers.