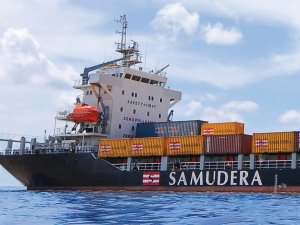 In an effort to improve its asset utilization, the Singapore-based Samudera Shipping Line said that it is planning to dispose of six Indonesia-flagged vessels in its Indonesia domestic shipping fleet.

The company informed that the ships in question “are no longer giving economic benefit” due to their age.

Additionally, according to the Indonesian shipping law, Samudera Shipping is unable to renew its fleet in the country under its current operating structure. The law mandates that only Indonesia-flagged vessels can be used in domestic shipping activities and limits the registration of such vessels to Indonesian companies or companies majority-owned by Indonesians.

The group is thus prohibited from registering additional Indonesia-flagged vessels, as its operations in Indonesia are majority-owned by the group, Samudera Shipping said, adding that it will reassess its domestic Indonesia strategy “to take into account local regulations and requirements.”

Furthermore, the sale of these ships are expected to free the company “of valuable resources that can be redeployed to ventures and opportunities in other markets in the region.”

The plans were unveiled as part of the company’s annual financial report, in which Samudera Shipping said that its revenue for the fiscal year 2016 dropped to USD 260.5 million from USD 317.7 million seen in the previous financial year, representing an 18% decline, mainly driven by Hanjin Shipping’s bankruptcy, with whom Samudera had slot exchange arrangements.

2016 was a “tumultuous year” as the industry continued its struggle with strong headwinds from long-drawn issues relating to persistent overcapacity, weak global trade and freight rate volatility.

The company divested four vessels in fiscal year 2016 and two in the first quarter of fiscal year 2017, all of which were Indonesia-flagged, of considerable age and no longer competitive against new and more efficient vessels plying the Indonesian waters.

“In the year ahead, the outlook of global trade growth remains relatively muted, with international geopolitical uncertainties potentially posing headwinds to economic growth. In addition, much remains to be done to bridge the vast gap between supply and demand in container shipping. Operating conditions in the container shipping industry are thus expected to be arduous,” Masli Mulia, the company’s Executive Chairman, said.

This news is a total 1384 time has been read
Tags: Samudera Shipping to Shed Older Indonesian Tonnage