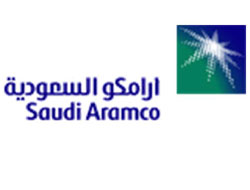 Saudi Aramco will soon sign a memorandum of understanding with Japan's Sumimoto Chemical Co. to develop a second stage of its $10 billion PetroRabigh petrochemicals complex.

Saudi Aramco will soon sign a memorandum of understanding with Japan's Sumimoto Chemical Co. to develop a second stage of its $10 billion PetroRabigh petrochemicals complex.

The announcement came as the kingdom's information minister said Monday that the OPEC powerhouse was committed to continuing its long-term oil and gas sector plans to boost production capacity, despite the impact of the global financial crisis.

The kingdom's Cabinet renewed the country's "commitment to realize its long-range investment path to increase its oil and gas production capacity ... despite the current economic situation and the challenges confronting the industry," Information and Culture Minister Abdel-Aziz Al-Khoga said in a statement following the Cabinet meeting.

The remarks by both officials come days after a contractor working for oil giant Saudi Aramco was quoted by the Saudi Al-Watan newspaper as saying that the state-run oil giant had assured companies providing support services that it planned to spend $60 billion through 2014 on energy projects.

Aramco at the time declined to confirm the report, with a spokesman saying the firm does not comment on capital spending plans.

Al-Faleh, speaking at a conference, said the current economic downturn presented companies with a key opportunity to develop "future investment strategies to prepare for the coming economic expansion phase and to focus on faster development for the gas and oil services."

The PetroRabigh project is a joint venture with Sumimoto, with the project built on a site where Aramco already has a refinery.

Saudi Arabia, the de facto leader of the 12-member Organization of the Petroleum Exporting Countries, repeatedly said it will press ahead with plans to boost oil production capacity, with the current target set at about 12.5 million barrels.

Oil Minister Ali al-Naimi warned in Vienna last week that current low prices could undercut investments needed to raise global production capacity and could spark another spike in crude prices, which are now well below mid-2008 highs of around $147 per barrel.

Saudi officials have said oil at $75 per barrel is fair for both producers and consumers.

OPEC has been struggling to engineer a rebound in oil prices, particularly as the overwhelming majority of the group's members depend on crude revenues for as much as 90 percent of their government budget. The producer bloc, however, declined to implement another round of cuts, opting instead to press for more compliance with earlier 4.2 million barrel per day reductions in output levels from September levels.

This news is a total 992 time has been read