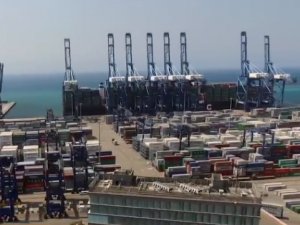 It is the fourth service launched by Mawani in 2020.

According to DP World, the shipping line is part of a broader government plan to link Saudi Arabia with its neighbors in the Middle East, Africa and Europe.

"The direct shipping line will connect Jeddah Islamic Port with more ports in the East and the West, making it a central regional and global gateway, and establishing the Kingdom as a leading logistics center. The line will also help facilitate trade across all the global supply chains, increase transhipment volumes and gain an upgraded share of the ships on the Red Sea Coast," said Mawani's president, His Excellency Eng. Saad Alkhalb.

DP World holds a 30-year lease for the construction and management of the new Jeddah South Container Terminal. Under the contract, it expects to make up to $500 million in investments in Jeddah and to install infrastructure for handling ultra-large containerships. DP World also operates container terminals at Sokhna and Jebel Ali, the other two stops on the new rotation.