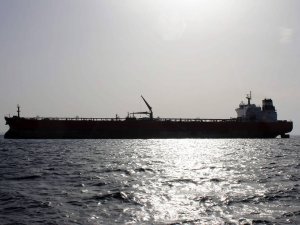 A Saudi-led military coalition and the government of Yemen denied four oil tankers access to a Yemeni port last week, a move that could hurt the flow of aid and exacerbate a cholera outbreak in the country, a United Nations agency said.

The vessels were on their way to Hodeidah, a Red Sea port controlled by the rebel Houthi movement that is aligned with Iran. Saudi Arabia, a regional rival of Iran, is leading a military coalition fighting the Houthis.

More than 1,900 people have died from cholera in Yemen and 400,000 cases have been reported since the start of the outbreak in April. The disease spreads in polluted water, and fuel is needed to run pumps for clean water and power generators in hospitals, among other uses.

Yemen is also facing a looming famine. About 7 million Yemenis, nearly a third of them malnourished children, are on the cusp of starvation, the UN says. The number who do not have enough access to food is much higher, at 17 million.

The four ships were carrying just over 71,000 metric tons of fuel, which represents over 10 percent of Yemen’s total monthly fuel needs.

It was not immediately clear why the tankers were denied access to the port. Yemeni government and coalition officials were not available to comment. Reuters could not reach the owners of the vessels.

The UN Office for the coordination of Humanitarian Affairs (OCHA) confirmed that the four vessels were turned back last week and decried restrictions on vessels going to the port.
“At a time when Yemen is facing an unprecedented cholera outbreak and millions of its people are at risk of falling into famine, it is essential that all ports remain open and any delays are avoided,” OCHA spokesman Russell Geekie said this week.

The hunger and cholera crises accompany a civil war that has pitted Yemen’s internationally recognized government against the Houthis. Imports into Yemen have dropped since the conflict began more than two years ago, affecting both humanitarian aid and commercial goods.

This news is a total 702 time has been read
Tags: Saudi-led coalition stops oil tankers from entering Yemen, UN says