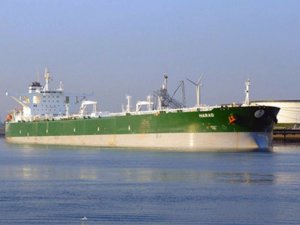 Saudi Arabia’s Bahri, the exclusive oil shipper of Saudi Aramco, expects supertanker rates to stabilise at slightly better levels going into the fourth quarter, the vice president for commercial and operations of its oil business said.

Bahri is the world’s largest owner and operator of very large crude carriers (VLCCs), a market which has come under pressure recently from a jump in the supply of new vessels, while older vessels have not left the market in large numbers.

“Full year delivery is expected to be around 50, against reported scrapping in the single digits so far,” Hisham al-Nughaimish told Reuters in an interview.

Shipping fuel or bunker, which tracks crude prices, is also likely to stay around current rates levels for the rest of the year. Though it could be affected in the short term by the impact of hurricane Irma on oil prices, Nughaimish said.

Bahri exclusively transports all of Saudi Aramco’s VLCC cargoes delivered on cost, insurance and freight (CIF) basis and as such is the world’s busiest oil shipper.

“Our strategy going forward is to increase the share of lifting from other global hubs, while achieving incremental Saudi volumes,” Nughaimish said.

To cater for this expected growth, Bahri has ordered 10 new VLCCs from South Korea’s Hyundai Samho Heavy Industries (HSHI). It has received four this year and one will be completed by the end of the year to give the company a total of 41 VLCCs.

The other five will be delivered by mid-2018, Nughaimish said making it the world’s largest owner of VLCCs with 46 VLCCs.

Along with Saudi Aramco, Hyundai Heavy Industries and Lamprell, Bahri is building a shipyard in Saudi Arabia to boost the local industry, as part of the kingdom’s plan to diversify the economy away from its heavy reliance on oil.

The yard will cater for all of Bahri’s requirements including its long-term ship build programme, Nughaimish said, adding the proximity of the facilities would help improve operational efficiency.

This news is a total 921 time has been read
Tags: Saudi shipper Bahri sees VLCC market improving by Q4