Saudis To Buyers: You’ll Get Your Oil Volumes Despite Attack 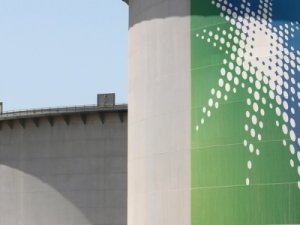 although lighter grades would likely be replaced with heavier crude—despite Saturday’s attacks on Saudi Arabian oil infrastructure, people familiar with the matter told Bloomberg on Monday.

On Saturday, the Abqaiq facility and the Khurais oil field in Saudi Arabia were hit by attacks, which resulted in the suspension of more than half of Saudi Arabia’s oil production. The onshore Khurais oil field has the capacity to produce 1.2 million bpd of Arab Light, according to EIA estimates. The Abqaiq facility, for its part, is considered to be the most important oil processing plant in the world.

Terrorist attacks with projectiles resulted in production suspension of 5.7 million barrels of crude oil per day, Saudi Aramco said on Saturday, confirming the loss of more than half of the Kingdom’s oil production.

“Work is underway to restore production and a progress update will be provided in around 48 hours,” the state-held giant—the world’s largest oil company—said in a statement on Saturday, hours after the attacks.

According to Bloomberg’s sources, Aramco has assured Asian, including Chinese, customers that they would continue to receive the volumes they have contracted, although grades could be more on the heavier side, with Arab Medium and/or Arab Heavy likely replacing Arab Light and Arab Extra Light.Related: Trump Authorizes Release From Strategic Petroleum Reserve

Ramachandran, the Refineries Director at India’s second-largest state oil refiner, Bharat Petroleum, told Bloomberg in an interview that Aramco told the Indian company that it doesn’t expect supply disruptions, although the Saudi oil giant has asked for flexibility to replace some grades.

According to Indian media, Saudi Aramco assured India on Sunday that there would be no impact on the Saudi crude oil supply to Indian refineries.

India has contacted Aramco’s top executives to ensure steady supply of oil, following the attacks in Saudi Arabia, Indian Oil Minister Dharmendra Pradhan said on Monday, adding “We have reviewed our overall crude oil supplies for the month of September with our OMCs. We are confident there would be no supply disruption to India. We are closely monitoring the evolving situation.”

By Tsvetana Paraskova for Oilprice.com