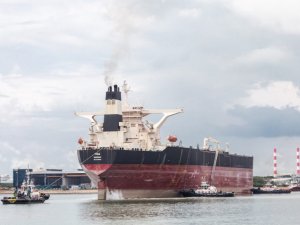 Dutch marine engineer SBM Offshore has won a contract to supply a new production vessel for oil major Exxon Mobil in Guyana, setting its shares on track for their biggest gain in nearly two years.

Under the terms of the deal, SBM will engineer and design a second floating production, storage and offloading vessel (FPSO) for the Liza oil and gas field in Guyana’s Stabroek block.

Following government approval, the company will also construct and install the vessel and will operate it for two years, after which the ownership will transfer to Exxon subsidiary Esso Exploration and Production Guyana.

Financial details of the contract were not disclosed.

The deal is “very positive” for SBM, KBC Securities analyst Cedric Duinslaeger said in a note, as the new FPSO will be considerably larger in size than the first one Exxon Mobil ordered from SBM for the Liza field.

The shares are down more than 4 percent on the year, as the company is still awaiting the conclusion of a Brazilian investigation into its role in corruption cases. The probe has forced it to suspend its involvement in tenders with Brazilian oil company Petrobras, a major customer.

This news is a total 699 time has been read
Tags: SBM Offshore Wins Order for New Exxon Mobil FPSO