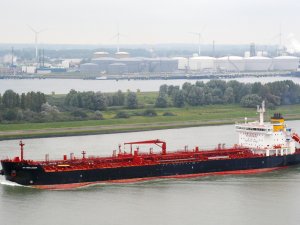 Monaco-based tanker owner and operator Scorpio Tankers has rejuvenated its fleet by taking delivery of two newbuildings and selling the oldest tanker in the fleet.

Scorpio Tankers also reached an agreement to sell its 2007 built Handymax product tanker, STI Highlander, for approximately USD 19.35 million. The sale of this vessel is expected to close in October 2015. Subsequent to the sale of STI Highlander, all of the company’s owned fleet will have been built in 2012 or later.

In September 2015, the company executed an agreement to upsize its previously announced USD 52 million credit facility with ING Bank N.V. to USD 87 million.

The credit facility will be used to finance a portion of the purchase price of two LR2 product tankers currently under construction at Daehan Shipbuilding with expected deliveries in the first and second quarters of 2016, partially finance the purchase of STI Black Hawk, and refinance the existing indebtedness on an MR product tanker that was delivered in March 2015.

This news is a total 5317 time has been read
Tags: Scorpio Tankers.