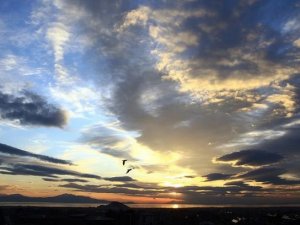 Wind Towers Scotland will supply turbine towers for all of EDF Energy Renewables' onshore wind farm projects in the U.K., the company announced on Wednesday.

"Our strategy has always been to focus on supporting local economic growth and to use local companies where practical to support the construction and operation of our U.K.-based wind farms," said Matthieu Hue, CEO of EDF Energy Renewables.

EDF Energy Renewables also placed one of the first orders as part of the five-year agreement signed in Edinburgh.

The order is for nine turbine towers for the 31 megawatt Beck Burn wind farm near Carlisle, in North West England.

Wind Towers Scotland plans to deliver the towers to the Beck Burn Project in the coming months, revealed Alasdair Gammack, business development manager for the company.

When completed, the project is expected to generate enough electricity to supply around 17,000 homes.

Additionally, the wind farm developer and operator also has further 370 megawatts worth of projects consented or under construction and 650 megawatts in the planning or development stages.