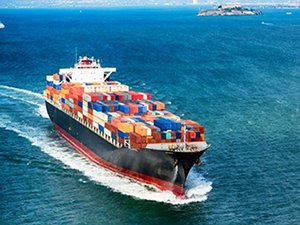 The installation of scrubbers and the economics of using this technology was one of the hottest topics in the shipping industry in the lead up to the January 1, 2020 introduction of the International Maritime Organization’s global sulfur regulations.

The containership industry as of mid-year became the most scrubber outfitted sector of the commercial cargo shipping industry surpassing the crude oil tanker fleet according to a new report from Bimco, a maritime association for shipowners, charterers, shipbrokers, and agents. According to Bimco’s data, containerships with a collective cargo capacity of 5.3 million TEU are now fitted with an exhaust gas cleaning system (scrubber) to remove sulfur oxides (SOx) from the exhaust gasses.

Bimco breaks down the numbers for installed scrubbers by sector, including pending installations and newbuilds to be fitted with scrubbers, as nearly 32 percent of containerships representing 8 million TEU capacity; nearly 31 percent of crude oil tankers representing 141 million DWT; and a quarter of dry bulk capacity, representing 226 million DWT.

“In order to cut the sulfur oxides emission, shipowners who can afford to buy a scrubber have done so to a substantial extent, with investments predominantly directed towards high consumption ship types,” says Peter Sand, BIMCO’s Chief Shipping Analyst.

Bimco reports that 13 percent of the main cargo carrying ship types, approximately 2,600 of the roughly 20,000 commercial cargo-carrying ships, are currently fitted with scrubbers. The bigger ships, the VLCCs, Capesizes, and Ultra-large containerships, which by nature consumer more fuel, according to Bimco have been the ones to adopt scrubber technology versus the smaller Aframax, Handymax/Handysize and feeders classes of commercial cargo ships.

Approximately 30 percent of VLCCs and Capesize vessels, measured by DWT, are currently fitted with scrubbers, and by the end of 2020, BIMCO estimates that it will have risen an additional five percent. For the post-Panamax (15,000+ TEU) class the share currently exceeds 40 percent and is likely to reach half the class by the end of the year.

Despite recent reports questioning if shipowners would continue to install scrubbers aboard their ships, Bimco reports the trend is continuing both with half of all containership new builds, representing 1.2 million TEU, will be delivered with scrubbers. In addition, they report that there are 429 pending retrofits representing 1.5 million TEU. Most of the retrofits are coming in the dry bulk and containership sectors whereas the use of scrubbers for crude oil tankers is mostly coming from the newbuilds.

“Choosing the scrubber option to comply with the sulfur regulation was heavily debated as 1 January 2020 approached. But even with the low bunker fuel price spread between high and very-low sulfur fuels in the current market, it is safe to say that the investments are economically sound,” continued Sand.

Contributing to the financial discussion is the narrowing of the price gap between low- and high-sulfur fuels that the markets have experienced.

“The debate on scrubber economics is all but gone now, as 2020 is in full swing and focus has turned towards COVID-19, and how that impacts the business. What remains are the economic realities and technical obstacles the industry is dealing with daily,” says sand. “Cost savings are essential to all, but despite a considerable share of the fleets now being scrubber-fitted, the largest part of the fleet continues to operate without.”

This news is a total 2550 time has been read
Tags: Scrubber Installations Continue With Containerships Leading the Way