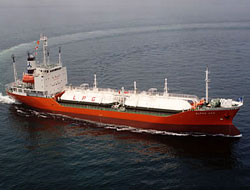 Ship acquisitions are set to gather pace in the coming months as buyers with war chests hunt for bargains.
Ship acquisitions are set to gather pace in the coming months as buyers with war chests hunt for bargains.
Ship acquisitions are set to gather pace in the coming months as buyers with war chests hunt for bargains while the sea freight sector grapples with weak demand, fleet oversupply and tougher credit conditions. Around 90 percent of the world's traded goods by volume are transported by sea and the international economic downturn has hit the shipping industry hard since October 2008.
It has also meant that both new and second hand ship values have fallen, opening up opportunities for investors.
"Broadly speaking, all these prices reached an all-time high last year and they have very quickly crashed by as much as 50 percent or more from their peak last year," said John Luke, global head of shipping with advisory firm KPMG.
"The bubble has burst and it must be intuitively a good time to buy into the asset."
Container shipping, which transports finished goods from electronics to toys, has been the worst affected sector due to poor demand, especially on key routes from Asia to consumers in the West.
Analysts estimate the value of a second hand five-year old container ship, able to carry the theoretical equivalent of up to 2,000 twenty-foot containers, has plunged 65 percent from 2008 to around $15 million.
In the dry bulk sector shipping commodities, the value of a five-year old Capesize vessel, the largest size of dry bulk ship typically hauling iron ore or coal, has plummeted to around $55 million from as much as $180 million last year.
Some analysts predict the price could drop to $40 million to $45 million in the coming months. A new Capesize vessel is estimated to be valued with a slightly higher price tag.
"There is potentially more (activity) in the second hand market, but obviously there may well be opportunities also on the resale market for newbuildings (new ships)," said Nigel Gardiner, managing director of maritime consultancy Drewry.
BUYER'S MARKET
Greek dry bulk carrier Diana Shipping said this month it aimed to start buying ships within the next couple of quarters with a focus on Capesize and smaller Panamax vessels.
"If we plan our acquisitions carefully and with some elements of good luck, we will succeed in coming out of the downturn with a strong balance sheet and a larger fleet," its president Anastassis Margaronis told analysts in August.
Some buyers hope to replace or shore up existing fleets at falling prices. Others seek to lease purchased ships to an operator for a long period, guaranteeing an income stream.
While others such as distressed investment and vulture funds would aim to sell when the upturn in shipping returns. There has also talk private equity groups will also step in.
TIGHTER CREDIT
Analysts and industry officials say timing will be crucial.
"Prices are still too high compared with what they will be in 3 to 6 months. It's a waiting game," a shipping analyst said.
The shipping unit of German financial services company HCI Capital has set up a new fund with global shipping group Peter Doehle.
HCI Capital plans to inject 20 million euros ($28.61 million) in investor capital into the fund with a co-investment of at least 1 million euros by Peter Doehle planned.
It will be targeting bulk and container ships and oil tankers hoping to look at its first project by the end of 2009.
"If the fund is well received we are more than happy to increase it," said Malte Schulte-Trux, managing director of HCI Capital's shipping unit.
The boom period before the 2008 crash in freight rates spurred demand for new ships, leading to an expected glut of vessels coming on stream. But falling cash reserves, due to weaker earnings, has pressured some with vessel orders creating forced sale circumstances.
"We will see the opportunities directly from the shipyards because a potential buyer cannot take delivery of the vessel, or a buyer who has taken delivery of the vessel cannot fulfil his further commitments, and we will see distressed sales from ships which are already in operation," said Schulte-Trux.
Analysts said traditional German, UK and north American bank lenders to the industry sought to reduce their exposure.
"Good operators who have not overextended themselves on credit will still be making money in this market. But some won't have the option because they won't have access to credit," said KPMG's Luke.
www.TurkishMaritime.com.tr
This news is a total 1467 time has been read