Seabourn Cruises into Cuba in 2019 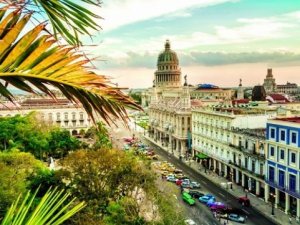 The line will commence operations with a 12-day cruise on board Seabourn Sojourn visiting five ports in Cuba throughout the season.

Carnival Cruise Line's Carnival Sensation and Carnival Paradise now have several Caribbean itineraries that include visits to Cuban ports. The voyages, which began in June 2017, have become so popular that the 2,052-passenger Carnival Paradise, which became the largest U.S. cruise ship ever to sail from the U.S. to Cuba, will feature an additional 20 sailings to Cuba.

In 2019, the 3,002-passenger Carnival Sunshine will take over as the largest cruise ship ever to call on Havana when it begins sailing regularly to the island from Charleston, South Carolina. In 2019 and 2020, five Carnival Cruise Line ships will depart regularly to Cuba from four East Coast homeports – Charleston, Fort Lauderdale, Miami and Tampa.

This news is a total 2306 time has been read
Tags: Seabourn Cruises into Cuba in 2019