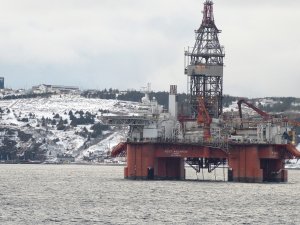 Seadrill was awarded with contact by Statoil Canada for semi-submersible rig West Aquarius.

The agreement is for drilling of two wells in continental shelf of eastern Canada with two well option. The contract will commence in second quarter of 2017, lasting 70 days and will have a dayrate of 200,000 USD/day with a total backlog of 14 million USD. In addition, Seadrill will provide fuel and additional services at a fixed rate. Despite of the low rates, the employment of the West Aquarius is very important for Seadrill and will improve its liquidity and cash flows, keeping the company afloat during the long-lasting crisis in the offshore sector.

Currently the Seadrill’s semi-submersible rig West Aquarius is working for ExxonMobil’s Hibernia project in Eastern Canada until early April 2017 at a dayrate of 615,000 USD/day.

The West Aquarius is sixth generation ultra-deepwater semi-submersible drilling rig capable for operations in both – harsh and benign environments. The offshore rig was built in 2008 by Daewoo Shipbuilding and Marine Engineering.

Seadrill is a deepwater drilling contractor which provides drilling services to the oil and gas industry. It is incorporated in Bermuda and managed from London. The company operates semi-submersibles, jack-ups and drillships and currently operate a fleet of 65 platforms, but 16 stacked rigs and several charters expire soon.

This news is a total 934 time has been read
Tags: Seadrill awarded with 14 million USD contract by Statoil