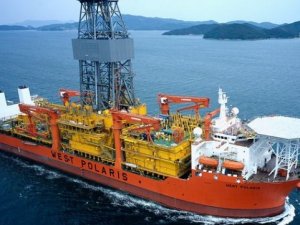 On Monday, offshore rig operator Seadrill said that it would voluntarily delist from the New York Stock Exchange due to its too-low stock valuation and market cap.

On Tuesday it flagged a 'going concern" warning for investors, citing the fundamental market imbalance between rig supply and demand.

Seadrill said that months of talks with its bankers have not led to an agreement on a debt workout, and the firm has "decided not to proceed with the bank consent." Instead, it has appointed financial and legal advisors to evaluate "comprehensive restructuring alternatives to reduce debt service costs and overall indebtedness" - typically a prelude to a bankruptcy filing or a workout agreement.

Seadrill has written down the value of its fleet by $1.2 billion, forecasting that as many as 10 of its rigs (primarily semi-subs) may never be reactivated for a contract. Instead of keeping them all in cold stack, the firm may proceed with scrapping. The impairment charge swung its performance for the quarter well into the red for an operating loss of $1.3 billion.

"In the quarter we took an impairment of $1.2 billion as we recognize, along with others in the sector, that a number of our assets are increasingly unlikely to return to the market and need to be scrapped," said Anton Dibowitz, the firm's president and CEO. "Assets across the industry also carry debt levels which are unlikely to be sustainable and consequently we should expect to see substantial indebtedness being converted to equity."

Seadrill has about $1.2 billion in cash on hand and a $2.5 billion backlog, giving it the liquidity to weather the downturn for some time. However, "until such time that an agreement is reached to restructure our borrowing commitments, substantial doubt remains over ability to continue as a going concern," the firm warned.

Billionaire shipowner John Fredriksen, Seadrill's founder and controlling shareholder, stepped down from his post as chairman in November. Fredriksen played a key role in shepherding Seadrill through a giant restructuring agreement with its bankers after the 2014 oil market collapse, but the company remained heavily indebted, even before the recent coronavirus-related downturn.

This news is a total 492 time has been read
Tags: Seadrill Issues "Going Concern" Warning