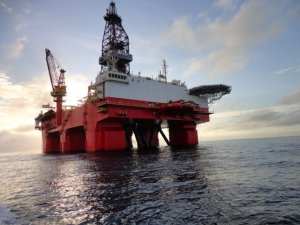 Seadrill Ltd., the offshore driller with the biggest debt load, reached a deal with its banks to extend its three nearest credit lines and amend covenants as it seeks to ease its burden amid a drop in the demand for offshore rigs.

​In the “first phase of a broader plan to refinance and recapitalize the business,” Seadrill extended two credit facilities maturing this year and another maturing in 2017 for its North Atlantic Drilling Ltd. unit, according to a company statement Friday. Banks also agreed to ease covenants — conditions put in place by lenders related to a borrower’s overall debt levels — until June 30, 2017.

“This is an important first step in our funding plan,” Chief Financial Officer Mark Morris said in the statement. “By deferring our imminent borrowing maturities, resetting a number of covenants and removing the risk of facility prepayments related to declining rig values we have established a more stable platform to pursue and conclude negotiations with our stakeholders.”

Offshore drillers are struggling to repay debt as competition and reduced spending by oil companies hurt income. Falling demand for rig services is forecast to reduce sales at the world’s largest offshore contractors by 25 percent this year and at least 10 percent in 2017, according to Bloomberg Intelligence analyst Andrew Cosgrove.

Seadrill agreed to a timetable for discussions about a longer term solution and won’t draw down on its revolving credit facilities while it is negotiating, the driller said. It sees talks with stakeholders concluded by year end, which is later than previously indicated.

While the company is “kicking the can down the road,” Friday’s announcement is positive, Janne Kvernland, senior oil services analyst at Nordea Bank Norge ASA, said in a note.

The accord “shows willingness, particularly from the banks, to come to an agreement,” Kvernland said. “Clearly, that is required in order to save the company” because it still has a funding requirement of about $2.5 billion through 2018, she said.

The agreement comes after Seadrill sold its remaining stake in SapuraKencana Petroleum Bhd for about $195 million earlier this week. That move showed the company is working actively on improving its balance sheet, according to Kvernland.

This news is a total 13566 time has been read
Tags: Seadrill Makes First Step Toward Refinancing