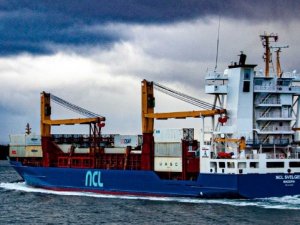 On Monday, a seafarer was killed in an accident at the Trondheim Port Authority's facility in Orkanger, Norway during cargo operations.

According to local media, police were informed of the casualty at about 1345 hours Monday. The victim was declared dead 15 minutes later.

Trøndelag sheriff Tor Kristian Haugan told NRK that the seafarer was crushed during container loading operations on board a foreign-flagged vessel at the quay. The victim was a foreign national in his 20s.

As of Tuesday evening, the NCL Svelgen - one of the line's four vessels - was under way from Orkanger to Alesund, according to AIS tracking.

The port's equipment was not involved in the casualty, Trondheim's port director told local media, as the ship was handling its own cargo. The Orkanger harbor closed briefly so that police could conduct a forensic investigation.

This news is a total 1074 time has been read
Tags: SEAFARER KILLED IN CARGO ACCIDENT NEAR TRONDHEIM

First Possible Somali Piracy Attack on Tanker in Three YearsA Panamanian-flagged chemical tanker has possibly been hijacked off the coast of Somalia. If the reports are confirmed, it would be the first successful hijacking in the region in three years. Fire Aboard Greek Bulker Kills One and Injures Second EngineerA fire broke out in the engine room of a Greek-flagged bulk carrier killing one officer and injuring at least one other seafarer. The fire has been extinguished but the vessel may be disabled in the Arabian sea.
FRONT ROW
1/20
PHOTO GALLERY
12345678
TOP NEWS
YESTERDAY| THIS WEEK |THIS MONTH
AUTHORS
12
Video Gallery
12345678
All Rights Reserved © 2006 TURKISH MARITIME | İzinsiz ve kaynak gösterilmeden yayınlanamaz.
Phone : 0090 212 293 75 48 | Fax : 0090 212 293 75 49 |