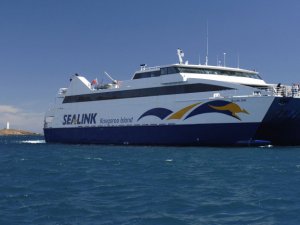 SeaLink’s Managing Director Jeff Ellison said that the acquisition was transformational for SeaLink as it was now the largest marine transport and tourism business in Australia.

Since the original announcement of the acquisition back on September 18, Transit Systems Marine added two more operational contracts for the gas plants on Curtis Island near Gladstone, SeaLink said in a statement.

“We believe this is a game changer for the company because it has delivered broader expertise and an increase in our fleet from 27 to 60 vessels which creates significant opportunities for further expansion,” Ellison said.

“We see potential for new contracts for passenger ferry services and tourism transport services, aligning with current international tourism growth. Initially we are optimistic for further transport opportunities on Sydney Harbour and growth in our SE Queensland services.”

SeaLink now employs over 900 staff and is projected to carry 6 million passengers a year. The acquisition was funded through the issue of 3.2 million shares to the vendor and a recent capital placement and share purchase plan which raised AUD 51 million, with the balance being funded by debt.