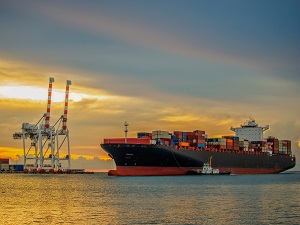 The refinancing has released approximately USD 7.8 million of liquidity for the company. Pursuant to the agreement, the company has chartered back the vessel on a bareboat basis and subsequently entered it into a five-year time charter with Cargill at a rate which is linked to the 5-routes time charter average of the Baltic Exchange Capesize Index (BCI).

Cargill will also cover 100% of the equipment and installation cost for retrofitting the vessel with an exhaust gas cleaning system. As part of the transaction, the company has issued 1,800,000 common shares to Cargill.

As informed, the transaction is part of the company’s scrubber installation and time-charter program announced in October 2018. The company plans to equip five of its Capesize bulkers with scrubbers before the January 1, 2020 implementation date of the International Maritime Organization (IMO) sulfur emission cap regulation.

ABS chief calls for adequate training of seafarers to cope with digital challengesThe shipping industry has been fairly slow in adopting digitalization, due to its conservative nature. Nevertheless, over the past few years, the pace of digitalization has sped up considerably and especially following the coronavirus pandemic.

IMO Secretary-General Reiterates Calls for Crew Change in WSJ Op-EdIn an op-ed published in The Wall Street Journal, Secretary-General of the International Maritime Organization Kitack Lim reiterated his call for all nations to make reasonable accommodations for crew changes. Shipping coping well with IMO 2020, but dispute cases may riseWhile the quality of VLSFO has presented little problems to the industry, this is not so much the case in terms of the number of disputes, according to Rosita Lau, partner at law firm Ince & Co. IMO chief calls for crew changes to avert ‘real safety risk’Kitack Lim, secretary-general of the International Maritime Organization (IMO), has repeated his plea for governments around the world to allow safe seafarer crew changes as a matter of urgency. On World Oceans Day, IMO Launches Industry Partnership on BiofoulingThe UN-led GloFouling partnership has launched a new alliance with a group of fouling control companies to accelerate the development of hull fouling solutions.