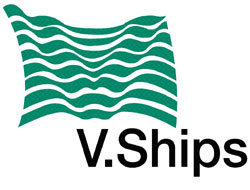 V.SHIPS-managed vessel has been stranded in the Gulf of Aden for more than 72 hours.

V.SHIPS-managed vessel has been stranded in the Gulf of Aden for more than 72 hours.

A V.SHIPS-managed vessel has been stranded in the Gulf of Aden for more than 72 hours after terrified crew witnessed the Biscaglia hijacking and refused to sail the ship further.

V.Ships is now searching for naval or private security support to escort the ship to safety.

?We have a crew right now who won"t go any further and have stopped the ship,? said V.Ships chief operating officer Matthew Dunlop.

?They are saying "it"s too dangerous and we are not going anywhere".?

The V-Ships crew was travelling close enough to witness the hijacking of the 27,350 dwt, 1986-built combined chemical and oil carrier Biscaglia on Friday, Mr Dunlop said.

It took the pirates 10 minutes to board the tanker, which was travelling in the safety corridor with a naval presence and with security personnel onboard.

Mr Dunlop would not name the vessel involved, nor give crew numbers or location, because of security concerns, but he said the ship was fully laden.

?This is a real time issue that we in the shipping world have to manage now,? he said.

He did not criticise the crew"s action but he said the industry would have to face the industrial and safety concerns arising from transits in waters where pirates have attacked.

V.Ships called for more convoys and equipment such as helicopters to be deployed to fight piracy.

Mr Dunlop said European Union convoys would be provided, starting from December 8, but only in an ad-hoc fashion.

?But we should not have any armed guards on a merchant ship. Full stop. Not negotiable,? he said.

About 40 ships have been hijacked by Somalian pirates this year, with around 15 still held for ransom.