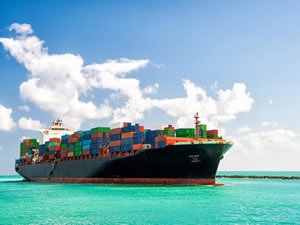 Hong Kong-based Seaspan Corporation today announced that it has entered into agreements for the construction of two new 12,000 TEU containerships, bringing its newbuild orderbook to 39 ships.

Seaspan said the ships are expected to be delivered during the fourth quarter of 2022 and, upon completion, will enter long-term charters with an undisclosed global liner.

The charters also include purchase options for the vessels.

“We are very pleased to continue facilitating our customer’s growth by providing the most efficient newbuilds to be delivered in Q4 2022,” said Bing Chen, Chairman, President and CEO of Seaspan.

“It demonstrates again the creative partnership that our customer can always rely on our experienced team and integrated platform to deliver the solution.”

Seaspan, as a wholly-owned subsidiary of NYSE-listed Atlas Corp. (NYSE: ATCO), is an independent owner and operator of containerships on long-term, fixed-rate time charters to the world’s largest container shipping lines.

After a wave of deliveries in the secondhand market pushed its fleet above 1 million TEU capacity, since late last year Seaspan has grown its orderbook to 39 ships under construction, bringing its total capacity to 1,694,200 TEU on a fully delivered basis.

Seaspan did not disclose the shipyard with this latest order.