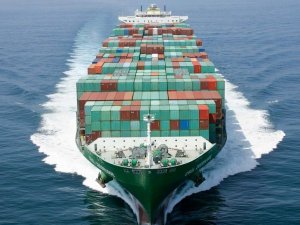 In the quarter ended March 2017, revenue decreased to USD 201.3 million from USD 215.5 million recorded in the three-month period of 2016, mainly due to lower average charter rates for vessels that were on short-term charters and an increase in unscheduled off-hire.

The decrease in revenue was partially offset by the delivery of newbuilding vessels and the addition of two leased in vessels in 2016, according to the company.

From January to March 2017, Seaspan Corporation achieved vessel utilization of 91.6%. As of March 31, all vessels in Seaspan’s operating fleet were on charter or committed to a future charter.

“During the first quarter, our modern fleet on long-term time charters continued to provide Seaspan with a solid and stable foundation. Complementing our USD 5 billion contracted revenue backlog, Seaspan’s short-term fleet allows the company to benefit from a containership market recovery, which we believe has begun,” Gerry Wang, Chief Executive Officer, Co-Chairman and Co-Founder of Seaspan, commented.

“We have seen significant improvement in charter rates over the past two months. In particular, Panamax charter rates have more than doubled to approximately USD 10,000 per day. As we progress through the year, our focus remains on seeking opportunities to further solidify the company’s industry leadership for the long-term value of shareholders,” Wang added.

Seaspan’s managed fleet consists of 114 containerships including 11 newbuilding containerships on order scheduled for delivery to Seaspan and third parties by the end of 2018. The company said its current operating fleet comprises 88 vessels.

This news is a total 884 time has been read
Tags: Seaspan Corporation Bullish on Containership Market Recovery