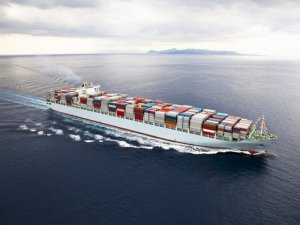 Under the deal, Season is acquiring the remaining 89% of GCI that it does not already own from affiliates of The Carlyle Group and other minority shareholders.

The deal has an implied enterprise value $1.6 billion.

GCI’s fleet consists of 18 modern “eco-class” containerships of 10,000 TEU and 14,000 TEU, representing a total of 204,000 TEU. Of the eighteen vessels, sixteen are currently on-the-water while the remaining two are newbuilds vessels scheduled for delivery during the second quarter of 2018.

Seaspan has been involved in the design, construction, delivery and operations of all 18 of GCI’s vessels since inception. All of these vessels are sister ships to Seaspan’s current fleet. Given Seaspan’s operating history of GCI’s fleet, there is no operational integration risk, the company said.

Bing Chen, President and Chief Executive Officer of Seaspan, stated, “This significantly accretive acquisition materially increases our contracted future revenues and enhances our ability to provide our customers with modern, state-of-the-art containerships. With GCI’s fleet now under our ownership, we are strengthening our partnerships with customers and enhancing our scalable integrated platform for sustained growth and future consolidation. As the container shipping industry is beginning to show signs of a recovery, we are taking decisive actions to capitalize on compelling opportunities in our market.”

In the same press release Seaspan said it has reached agreements with Fairfax Financial Holdings on the investment of an additional $250 million in Seaspan’s debentures and warrants. The new investment increases the Fairfax’s total investment in Seaspan to $500 million.