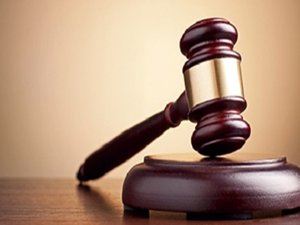 Port Harcourt court justice Ishaq Sani summarily convicted the men on the first two counts on Monday and sentenced them to a fine of $50,000 each. They will spend no additional time in jail

A Nigerian court has completed its first ever convictions using the nation's new anti-piracy law, and the defendents have been sentenced to a five-figure fine. There is a twist, however: according to Nigerian media, the accused are not pirates as traditionally conceived, but rather the local employees and managers of a global private security company.

Last month, nine individuals affiliated with the Lagos branch of a UK-based global security company were charged in connection with the boarding and maritime kidnapping incident aboard the ro/ro ferry Elobey VI. The men were accused of involvement in a criminal conspiracy that resulted in the abduction of three crewmembers from the vessel off Equatorial Guinea on March 21. The captives were released in mid-May after the payment of a $200,000 ransom.

During bail deliberations, three of the defendents - including the security firm's director of commercial operations for Nigeria - pled guilty to two counts related to the alleged conspiracy, according to local media. Prosecutors asked the judge to dismiss an additional three counts against them and to proceed with sentencing.

Port Harcourt court justice Ishaq Sani summarily convicted the men on the first two counts on Monday and sentenced them to a fine of $50,000 each. They will spend no additional time in jail (beyond pre-trial detention).

The defendants' lawyer, Abimbola Akeredolu, told Pulse Nigeria that her clients had not been involved in a criminal conspiracy; rather, she asserted, they had been hired by the payer of the ransom to transport the abductees to freedom.

The remaining six defendants have pleaded not guilty to all charges and will stand trial. The firm itself was initially charged as a 10th defendant, but those allegations have been dropped, according to Vanguard.

This news is a total 2303 time has been read
Tags: Security Contractors Convicted Under New Nigerian Anti-Piracy Law