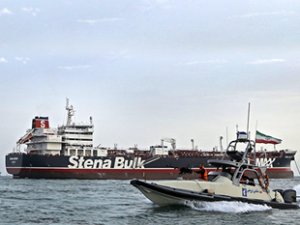 The detained tanker Stena Impero has finally been released and is sailing to Dubai, according to the ship’s owner Stena Bulk.

Stena Bulk and Northern Marine Management confirm the Stena Impero and its crew have been released,” Erik Hanell, President and CEO of Stena Bulk, said.

“The vessel has left the port of Bandar Abbas and is transiting to Dubai for the crew to disembark and receive medical checks and de-briefing.”

Hanell further noted that the families of crew members have been informed and the company is making arrangements for the repatriation of the sixteen seafarers “at the earliest possible opportunity.”

The 46,575 cbm ship was detained near the Strait of Hormuz for alleged marine violations on July 19, only weeks after the Royal Marines and Gibraltar authorities seized the Iranian tanker Adrian Darya 1, previously named Grace 1, due to suspicions of violating EU sanctions on Syria.

This news is a total 1745 time has been read
Tags: s Iran, Stena Bulk, Stena Impero.