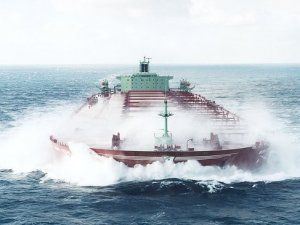 A spate of tanker incidents/accidents in the past couple of weeks has dented the sector’s good safety record.

In one, the Tb Marine managed 2003-built Handysize tanker ‘Alia’ caught fire in the North Sea off Denmark following an explosion in its engine room on 20th October.

She had carried a cargo of fuel oil from Malta to Gothenburg and was 64 miles west of Hvide Sande at the time of the incident.

There were no injuries to the crew, nor any oil spills reported at the time. According to Marine Traffic, she is currently under tow to Rotterdam having been disabled by the fire.

A day before, the 6,285 dwt chemical tanker Jo Spirit had run aground in the South Shore Canal of the St Lawrence Seaway, near Montreal.

Shipping traffic was blocked for several hours before the tanker was refloated.

It was reported to be loaded with rum bound for Cuxhaven, Germany.

She was thought to have experienced engine failure, which caused her to veer off course and hit the canal’s wall. The ship’s engineers fixed the engine problem, but tugs were needed to help refloat the vessel.

‘Jo Spirit’ was said to have sustained minimal damage and there were no injuries or pollution reported.

The Canadian Federal Transportation Safety Board is investigating the grounding.

In another incident, the 1994-built 3,229 dwt chemical tanker ‘Pazar’ lost power and suffered water ingress about 70 nautical miles off Varna in the Black Sea.

The tanker was loaded with vegetable oil and was en route from Odessa, Ukraine to Durres, Albania, when east off Cape Shabla, she lost power after an engine failure and water started flooding into the engine room.

The crew tried to pump out the water and informed the shipowner, who requested assistance from Bulgarian authorities. A containership, which was in vicinity, sent a pump and assisted in de-watering  but the salvage operation was unsuccessful and the crew was forced to close the flooded engine room.

‘Pazar’ was due to be towed to Turkey.

According to the authorities there were no injuries or pollution during the accident.

Earlier, the Suezmax ‘Tokyo Spirit’ was refloated following her grounding off Cascais, near Lisbon while in ballast.

She was towed to a repair yard. There was no environmental damage reported from the incident.

The Teekay operated, Bernhard Schulte Shipmanagement managed vessel grounded in heavy weather just outside the breakwater at the Cascais marina.

In Japan, the 4,965 dwt chemical tanker ‘Sulphur Garland’ collided with 3,394 dwt product tanker ‘Wako Maru No 2’ about 10 miles off Shimonoseki, Japan. The both ships suffered damage during the incident

‘Sulphur Garland’ suffered damage her the bow, while the product tanker was breached on the starboard side near the superstructure.

There was oil leak from ‘Wako Maru No 2’, which was contained by oil booms to restrict pollution.

Both ships were detained for further investigation and inspection for seaworthy during the cleaning of the leak. During the collision there were no injured seamen.

At the time of the collision, the‘Sulphur Garland’was en route from Iwakuni, Japan to Zhenjiang, China. It was immediately known where to other vessel was sailing to or from.

This news is a total 4886 time has been read
Tags: tanker, accident, record, safety