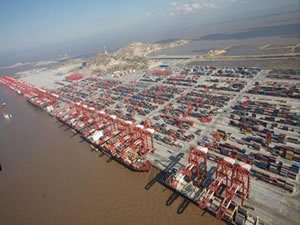 Shanghai has obliterated its own monthly container handling record, becoming the first port in the world to handle more than 4m teu in a calendar month.

The news from Shanghai comes as liners have enjoyed record rates on many tradelanes out of China in recent months.

“This shows the current strength of demand, but that might not last for many more months. We hear anecdotal reports of western ports somewhat melting down, but it appears that Shanghai – and the Asian ports generally – have the ability to rise to peak demand challenges,” commented Andy Lane from Singapore-based container shipping advisory CTI Consultancy.