Shareholders Give Nod to HHI’s Split-Up 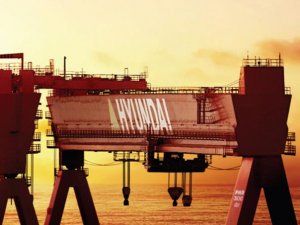 Shareholders of the South Korean shipbuilder Hyundai Heavy Industries (HHI) approved on Monday the firm’s plan to reorganize its businesses into separate companies with the aim of improving its financial status.

Following the shareholders’ approval, HHI will be split into four sectors – shipbuilding, electronics, construction equipment and robotics. The new companies are expected to be formed in April 2017, the company confirmed in a listing on Korea Exchange.

As a result HHI has announced trading suspension of its stock, scheduled for March 30-May 9, 2017.

The decision to restructure HHI’s businesses comes despite a series of protests from unions. HHI employees have organized strikes as the restructuring could bring job insecurity for relocated workers as well as for some 13,000 unionized employees to be left behind.

In 2016, the shipbuilder implemented a number of revamping measures to bolster its competitiveness including a management improvement plan.

This news is a total 910 time has been read
Tags: Shareholders Give Nod to HHI’s Split-Up