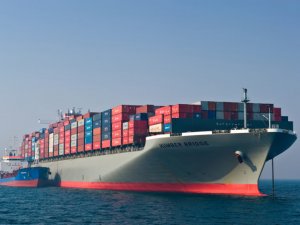 Shares of NYSE-listed leading international bunker fuel supplier Aegean Marine Petroleum Network crashed more than 75% Tuesday after the company revealed it will likely have to write off $200 million in bad transactions.

The New York-based marine fuel logistics company gave the bad news in a statement issued late Monday in which it revealed the preliminary results of a previously-announced Audit Committee internal review into the company’s annual financial statements for 2017.

The preliminary findings showed that approximately $200 million of accounts receivable owed to the company at December 31, 2017 will need to be written off.

The company further suggested that the transactions in question may have been carried out unlawfully.

“The transactions that gave rise to the accounts receivable may have been, in full or in part, without economic substance and improperly accounted for in contravention of the Company’s normal policies and procedures,” the statement said.

The company says the Audit Committee’s review and investigation into the transactions is continuing.

The preliminary findings have been reported to the SEC and the Department of Justice, it said.

Aegean’s statement added that “a number of individuals” employed by the company who are believed to have been involved in the transactions have been terminated or placed on administrative leave pending the outcome of the investigation.

“Under the guidance of a reinvigorated Board, independent Audit Committee, and refreshed management team, Aegean continues to make progress in working through its annual reporting process and ongoing review of historical financial reporting,” said Donald Moore, Chairman of the Board. “The new Board is taking all necessary actions to improve financial and operating performance and enhance both transparency and corporate governance in order to deliver value to our shareholders and other stakeholders.

“We thank our employees for their continued dedication and our new and existing customers and suppliers for their continued support. We are confident that Aegean is moving toward its goal of being the leader in the physical supply and marketing of marine fuel,” Moore added.

According to its website, Aegean is a physical supplier of marine bunker fuel in 27 markets and 57 ports around the world, with a modern fleet of 61 bunkering tankers and 12 million cubic meters of tank storage.

In 2014, Denmark’s OW Bunker, at the time the world’s leading supplier of marine fuel oil, filed for bankruptcy less than 48 hours after revealing an alleged $125 million bunker fraud scandal involving some of its senior employees. The scandal sent shockwaves through the global shipping industry and left investors and business partners scrambling to cover their losses.

This news is a total 803 time has been read
Tags: Shares of Leading Bunker Supplier Aegean Petroleum Crushed After Company Reveals $200 Million Write-Off