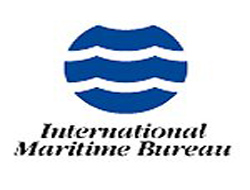 An attack on a containership underway in the Shatt Al Arab river, Iran, is the latest in a string of piracy incidents reported to the IMB which reports that piracy was up 14 percent in the first nine months of the year.

The International Maritime Bureau today reported an incident in the Shatt Al Arab river, Iran, in which pirates armed with AK-47's boarded a containership underway.

The Master, Chief Engineer, Second Officer and pilot were taken hostage. The Chief Officer discovered the incident and raised the alarm. The pirates fired at the Chief Officer who luckily escaped. The pirates robbed the crew of cash and property before escaping in their speedboat.

This is just the latest in a string of incidents that have seen piracy and armed robbery attacks against ships rise 14 percent in the first nine months of the year compared to the same period in 2006. This the second consecutive quarterly increase in attacks, as the coastal waters off Nigeria and Somalia became ever more dangerous, the International Maritime Bureau (IMB) reported today.

In the first nine months of the year, 198 attacks were reported versus 174 attacks reported in 2006 during the same time frame. A total of 15 vessels were hijacked, 172 crewmembers were taken hostage, 63 were kidnapped, and 21 were assaulted.

If this trend continues, says IMB, the decline in piracy attacks begun in 2004 will have bottomed out. Crew assaults, kidnapping and ransom rose dramatically from 2006.

Somalia remains a hotspot of great concern, with 26 incidents reported so far this year against eight the year before. This is one of the highest numbers of attacks ever reported off the coast of this East African country, and highlights a blatant disregard for the law.

The IMB backs an initiative by the International Maritime Organizations to refer the situation to the UN Security Council, and sees this as a much-needed initiative to reduce acts of piracy and armed robbery.

Attacks have also risen sharply in Nigerian waters, with 26 incidents reported to the IMB compared to nine in the corresponding period in 2006. Criminal groups claimed to have political motives for the theft and abduction of crewmembers. Nigeria has set up a Maritime Guard Command to help increase safety and security along the country's coastline.

Tanzania also reported a steep increase in incidents, nine versus four the year before, as pirates boarded vessels well out to sea and broke open containers on deck.

While waters off the coast of Africa remain the most dangerous, the Malacca Straits offshore Indonesia continues to report a decline in attacks, due in large measure to cooperation among states bordering these waters and stepped-up efforts by the Indonesian authorities. Thailand has also recently stated its willingness to patrol the Straits of Malacca.

The IMB Piracy Reporting Center (PRC) is the only organization of its kind anywhere in the world, offering ship masters the ability to report attacks of piracy from any location at any time. In addition to compiling reports and issuing warnings PRC provides emergency advice to ships under attack and coordinates medical assistance and support through local authorities.

This news is a total 1003 time has been read