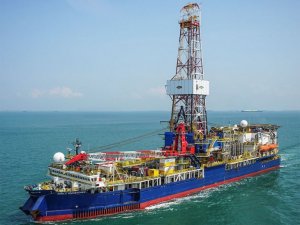 Under the agreements, day rates for each rig are now determined by taking the higher of a newly established minimum day rate, or the day rate adjustment mechanism, as originally included in the contract.

The contract amendments for the Noble Globetrotter I and Noble Globetrotter II provide for a day rate floor of $275,000, representing a minimum market rate if the day rate adjustment mechanisms for these two rig contracts stay below that level. The Noble Bully II contract contains a floor day rate of $200,000 plus daily operating expenses.

Noble can also enter into contracts with third parties for the Noble Globetrotter II and the Noble Bully II during the idle periods. Noble would be responsible for operating expenses and would also retain any incremental revenue received from such third-party contracts.

“This mutually beneficial agreement provides Noble with clarity on day rates and subsequent operating cash flows through the duration of the contracts on each of the three rigs,” said David W. Williams, chairman, president and ceo of Noble Corporation.

“We also retain the future upside if the recent oil price recovery drives new market opportunities. These amendments will provide Noble with enhanced financial flexibility at a time when the offshore industry is experiencing a cyclical bottom and the timing of the inevitable recovery remains unknown,” added Williams.

This news is a total 1255 time has been read
Tags: Shell amends Noble drillship contracts