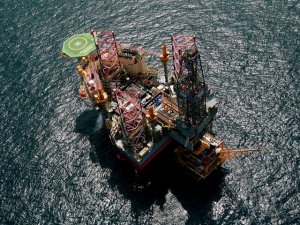 The first one was from Shell, terminating the contract for the semi-submersible Maersk Developer with immediate effect.

The original end of contract was expected to be in August 2020.

The second one was from Aker BP, terminating the contract for the jack-up rig Maersk Reacher, which was hired for accommodation services on the Valhall field, with effect from end-April 2020.

The original end of contract was expected to be in October 2020.

The low oil price and the coronavirus pandemic have ravaged global energy markets over the last two months and Maersk Drilling is not the only driller to suffer the consequences of current market situation.

As reported earlier today, another offshore driller has also recently received an early contract termination for a drillship in Egypt while an offshore accommodation rig specialist’s contract in the UK has been delayed by a year.

Borr Drilling has also seen some of its drilling contracts terminated and Noble Corporation has seen its contracts shortened, rigs stacked and put on standby, and day rates slashed.

Energy intelligence firm Rystad Energy has recently estimated that drillers will see up to 10% of their contract volumes cancelled in 2020 and 2021, representing a combined loss of revenue of about $3 billion.

This news is a total 600 time has been read
Tags: aker-bp , Maersk Drilling , Shell