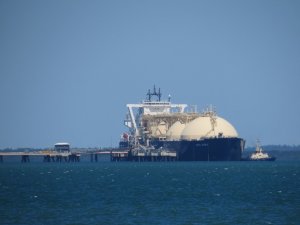 The newbuilds will be integrated into Shell’s time-chartered trading fleet, according to Knutsen.

“These high technology ships deliver significant benefits for the Shell fleet by reducing emissions and improving fuel efficiency and will support Shell’s trading businesses in … delivering LNG to our customers around the world,” Grahaeme Henderson, Vice President of Shell Shipping & Maritime, said.

“Improvements in ship hull and machinery design, and the introduction of digital performance management systems, has resulted in up to 40% more fuel efficiency than equivalent ships operating in 2008. We have taken further steps with the addition of energy-efficient technologies on these ships, such as air lubrication, making a substantial reduction in the carbon intensity of our operations.”