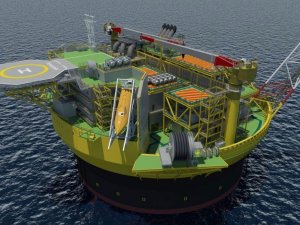 Shell has announced the final investment decision for the Penguins field redevelopment project in the UK sector.

The decision includes the construction of a new-build Sevan Marine designed cylindrical FPSO.

With the final investment decision, Sevan Marine will receive an initial milestone payment. Further payments are subject to three future milestones. Sevan Marine will also continue to provide engineering support during the construction of the unit over the next 3 to 4 years.

This final investment decision marks yet another major milestone for the Sevan Marine cylindrical concept. The selection of the concept is a very strong endorsement of the concept as a low cost, viable alternative to traditional ship-shaped FPSOs. The Penguins FPSO will be the 6th Sevan Marine designed cylindrical FPSO to be built.

“I would like to congratulate all those who have worked so hard at Shell and Sevan Marine on making this final investment decision milestone a reality. Together with the recent start-up of the Dana Petroleum operated Western Isles FPSO in the UK and cost reductions taken, we have come a long way in turning around Sevan Marine. We look forward to fully supporting the construction of the Penguins FPSO while further developing the Sevan Marine concept and winning new projects.” says Reese McNeel, CEO of Sevan Marine ASA.

Sevan Marine ASA is specializing in the design, engineering and project execution of floating units for offshore applications.

This news is a total 787 time has been read
Tags: Shell Penguins Field FPSO Contract for Sevan Marine