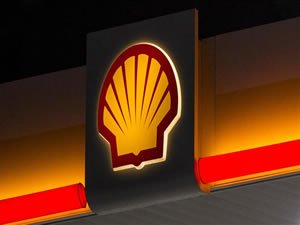 Royal Dutch Shell announced Wednesday that it plans to lay off as many as 9,000 employees by the end of 2022, citing the economic challenges of the COVID-19 era and the firm's desire to achieve net-zero carbon emissions by midcentury.

The number includes 1,500 people who have already taken voluntary severance packages under the firm's previously-announced cost-cutting plan, which began in May.

The staffing cuts continue a long-running trend for Shell. The oil major has already announced job losses totalling more than 10,000 positions over the span of the last two years, including redundancies related to consolidation after its purchase of LNG giant BG Group.

According to Shell CEO Ben van Beurden, the latest staffing cuts are driven by its desire to transition to renewables and achieve net-zero carbon emissions by midcentury. Van Beurden says that the firm will have to help shift consumer behavior as well as its own operations in order to achieve the goal, and that it needs to become more customer-focused and adaptable in order to do it.

"Currently, about 85 percent of our carbon footprint comes from our customers’ emissions when they use our products. That is where the real challenge is. So, we have to have a role in helping our customers decarbonize: a mission of working with society to help it get to net zero," said van Beurden. "Because it is not good enough to just wait and see what society does. No. To help, we have to shape that journey."

He predicts dramatic change at Shell: net-zero operations at its refineries, chemical plants, offshore platforms and other legacy assets, and a product mix dominated by low-carbon electricity, low-carbon biofuels, hydrogen and other solutions. For its remaining carbon-based products, he predicts a mix of carbon capture and storage technology and carbon offsets.

As for upstream oil and gas, van Beuren wants to target Shell's investments at highly profitable E&P projects that can help finance the transition to low-carbon products. The number of refineries will fall, and the chemical and natural gas businesses will grow.

In the near term, the restructuring will centralize Shell's technical support staff in one place and reduce the number of layers of management. "A large part of the cost saving for Shell will come from having fewer people," said van Beuren. "Because of the efficiencies we expect to gain, we will reduce between 7,000 and 9,000 jobs by the end of 2022 . . .  along with the other measures we will take, we should achieve a sustainable annual cost saving of between $2-2.5 billion."