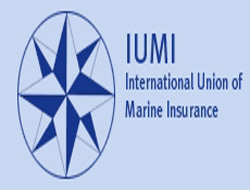 A dramatic increase in the number of ship total and partial losses that took place last year is set to be repeated this year, according to the loss(IUMI).

A dramatic increase in the number of ship total and partial losses that took place last year is set to be repeated this year, according to the loss(IUMI).

New statistics from IUMI, which represents marine underwriters worldwide, indicate that the total figure for the 2006 year has jumped from an early estimate of 67 to 92, an increase of 37%.

Reported so far for 2007 are 82 total losses (compared to 67 for 2006 at the same point). If reports increase at the same level as 2006, says IUMI, by March 2009 the total will be 112. The downward trend of total losses over recent years, therefore, will be sharply arrested.

The statistics, relating to the marine and offshore energy markets, collated and analysed by IUMI"s facts and figures, ocean hull and offshore energy committees, are based on information from a number of authoritative sources, including Lloyd"s Marine Intelligence Unit, Clarkson, Rigzone, Willis, and the International Association of Drilling Contractors.

Weather remains the major cause of total losses, says IUMI but collisions have overtaken groundings as the next most common proximate cause. Of the weather losses, a total of 14 general cargo vessels over 25 years old were total losses in 2007.

The 270% increase in major serious losses over the 10-year period is equivalent to 0.64% of the fleet suffering a serious partial loss in 1998 to 1.73% in 2007. Machinery damage continues to be the major cause of serious partial losses, with a frequency of approximately 35% in the past five years.

Deirdre Littlefield, the New York-based president of IUMI, said: ?These figures underline the relentless surge in marine claims that has come about due to a number of factors, not least being the shipping boom itself with ships and crews being driven harder than anyone can remember. Further, the figures dramatically demonstrate the volatility of marine risks.

?Regrettably,? she added, ?this dangerous spiking of the casualty graph is happening when the worldwide premium base for marine insurers is flat and competition is rife. Underwriters are struggling to obtain realistic increases in their pricing of risks. But they can and must help themselves by showing discipline and practising responsible underwriting. Risk calculation, not risk taking, must be the underwriter"s primary concern.?

This news is a total 1862 time has been read