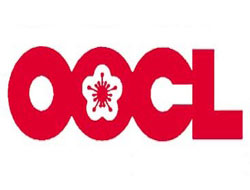 "OOCL is fully committed to reducing its air emissions as part of our environmental protection campaign," said Peter Leng, president of OOCL (USA). OOCL's decision follows new rules agreed by the Port of Long Beach and the Port of Los Angeles to place new restrictions on trucks servicing the port, but the rules will not enter into force until October this year.

Effective 1 January 2008, OOCL, which regularly uses Long Beach Container Terminal facilities and other terminals in the port, stopped using the pre-1990 trucks for all port moves between Southern California terminals and off-dock rail ramps, the company noted. "We welcome the opportunity to work together with the port on this program, which will have long-term benefits for the environment and the community in Southern California," Leng also said.

The Hong-Kong based shipowner has made a number of environmentally-focused policy changes recently. In April last year it was one of only two shipowners credited with 100% compliance with Long Beach's vessel speed reduction scheme.

In October, it announced that it would donate its rebates from the so-called Green Flag scheme to local community groups, with donations adding up to more than $140,000.

The port authority last week acknowledged OOCL's support for the clean-trucks program, which is expected to cut drayage truck emissions by 80% in five years.

"Once again, OOCL has shown its strong commitment to the environment," said port executive director Richard Steinke. "We commend our partner, OOCL, for taking a leadership role."

This news is a total 1347 time has been read